Society At Stake : A Take on Child Marriage

“Girls are not Brides, They are not a Commodity, They have every right as Human Beings” ~ Hanna Godefa, 17, Unicef, National Ambassador to Ethiopia

“My parents bartered me for a girl my elder brother was to marry.”

Dressed in the attire of a married woman cradling her infant, narrated 17-year-old Komal, married off in exchange at 16, within her community in Rajasthan, India. 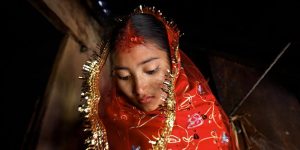 In another account in the remote village of Doodiya in Madhya Pradesh, 11-year-old and already married Nikita said, “My uncle’s daughter got married when she turned 5. In fact, I am late.”

And those stories aren’t unique, in fact it is shared by 1.5 million girls in India. As per UNICEF reports, on an average, 27% of girl children in India are married off before their 18th birthday, 7% by the time they are 15. Be it child marriage, education, employment, or the exercise of fundamental rights, India is still lagging behind in gender equality. لعب انترنت

One may wonder, why, in spite of regulations like The Prohibition of Child Marriage Act, 2006, India ranks the highest in the world in the number of child marriages? To answer that, one has to delve deep into the socio-political and economic structure harboured by the country.

“Of all creatures that can feel and think, we women are the worst treated things alive.” – Euripides

A patriarchal mind-set is one of the main reasons for most child marriages in India: young girls, and women in general are perceived to be natural homemakers. Their lives are to be limited within the four walls, as they are unqualified to protect themselves from the dangerous world outside. They need not be educated, nor employed, as they are born to serve and care for the men in the family. When young and unmarried, they are a liability that must be prevented from doing ‘unwomanly’ acts, to avoid bringing shame upon the community. Hence, they must be married off young to withhold family honour, sometimes even to men twice their age. اميركان اكسبريس This heinous practice has notably has caused deaths in married girls aged 15-19 due to premature pregnancies. The girls run the risk of contracting HIV, and their children, if born, suffer from low immunity, many of them dying in infancy. Several girls, in such a condition, are exposed to sexual abuse, and suffer from post-traumatic stress.

As a matter of fact, this patriarchy is perpetuated by poverty. Around 680 million Indians lack the ability to meet their basic needs like proper food and shelter. A negligible fraction of the ever-increasing population have ‘privileges’ like electricity, education and permanent employment. A young girl in the family is perceived as an economic liability, who is unable to fend for herself. As such, marrying children off at a young age solves the problem of having an extra mouth to feed, and mass marriages reduce the cost of expensive ritualistic weddings in a society known for its strong observance of traditions. Adding to it the lack of basic awareness about family planning and budgeting, we have a blazing cause for the shocking rates of child marriages in the country. The married girls grow up illiterate and unskilled to earn their own livelihood, leading to a continuation of poverty. 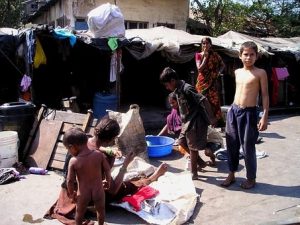 “They Thought that the bullet will silence us but they failed…Weakness, Fear and Hopelessness Died. Strength, Power and Courage was born” ~ Malala Yousafzai

Although the payment of dowry has long been prohibited by the Dowry Prohibition Act, 1961, the rampant sustainment of the dowry system becomes another cause challenging the complete eradication of child marriages. The amount paid as dowry by the bride’s family to the groom’s family increases with the age and education level of the bride, which compels parents to take children out of schools and wed them off at early age to avoid higher costs. Reports suggest that dowry-related violence kills over 20 women on a daily basis all across the country. The inability of the bride’s family to pay dowry ensues domestic torture on the married woman, more so when she is a young girl, leading to a staunch violation of human rights.

What comes up most significantly in this discussion is the gap in the national education system. While private education is a luxury out of bounds for most impoverished Indians, the state run schools are lacking in adequate infrastructure necessary for the holistic development of children. Even if the schools are functional, remote areas are devoid of opportunities like well-connected roads and transport system that make parents raise concern about their children’s safety, and question the necessity of sending their daughters to school at all. It results in dropping out and eventually marriage and a household-life. 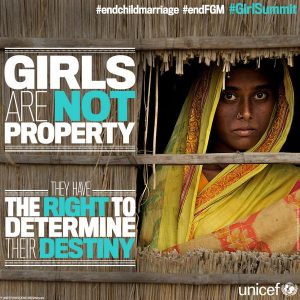 As reported by UNICEF, rates of child marriage are highest in the central and western parts of India and lower in the eastern and southern parts. The problem is more rampant in rural areas (48%) than urban settlements (29%). The main reason being lack of awareness of beneficial social protection schemes and programmes endorsed by the government, and weak enforcement of laws due to the presence of incompetent officials, child marriage and other forms of gender inequality continue to form a part of India’s demographics.

To provide an effective remedy to these issues, Sneha Karma Foundation has rolled out the ‘Support-A-Girl’ back in 2012, at Parijat Academy in Assam for the girls of Garbhanga Forest Village. It is a social enterprise initiative aimed at the education and skill development of these girls, exposing them to equal opportunities and enabling them to find full-time employment. This has helped bring about gender parity as it equips girls to become independent and self-empowered, thereby earning a livelihood. As the initiative progresses in leaps and bounds, more and more girls graduate every year, reducing their chances of being married off illegally at an early age. In 2019, 2 of the girls will be graduating from college (equivalent to 15 years of education).

Further still, Sneha Karma Foundation will be reaching out to corporates and small business owners in and around Guwahati to explore the possibility of training / internship programs for the Girls who will be graduating from college to ensure their full-time employment in prestigious positions. Working in tandem with other non-profits in the country, we plan to extend the program into areas outside of Guwahati as well, to compete with the raging problem of child marriage all over India. In fact, as a part of the social enterprise initiative, we expect the girls to develop skills to make hand-made products and sell them in the local markets and support their very own businesses. To look at the bigger picture, this would aid the economic problem of the areas, while at the same time solving the issue of poverty for these young girls. This program helps in breaking the traditional perception of girls and women as an economic burden into a healthy change in attitudes, and leads to a sharp reduction in the rate of child marriages in this community and beyond. It helps in nurturing these budding minds, while building a better tomorrow for the nation.

“Women are no sheep. Women are no fragile showpiece to be placed above the fire-place. Women of the thinking society are the builders of nations. Women of the sentient society are the builders of the world. And given the same honor and dignity as men, women can build a much better and more harmonious world. Harmony and conflict-solving run in their veins.” – Abhijit Naskar, The Bengal Tigress: A Treatise on Gender Equality